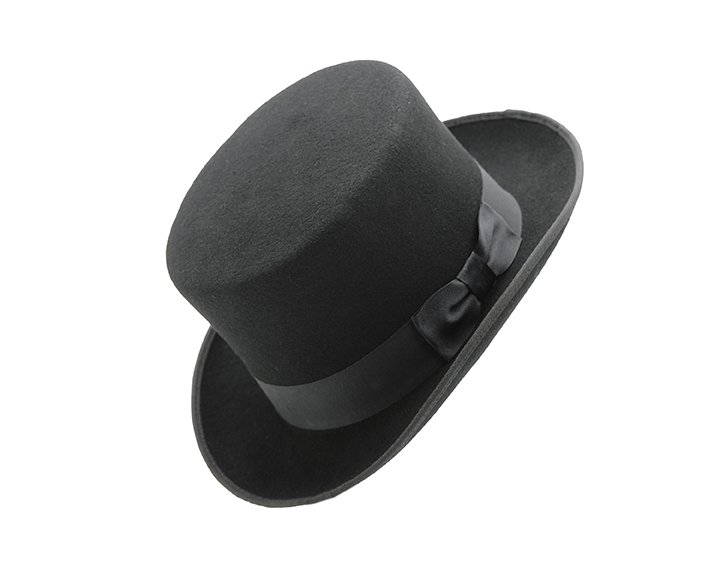 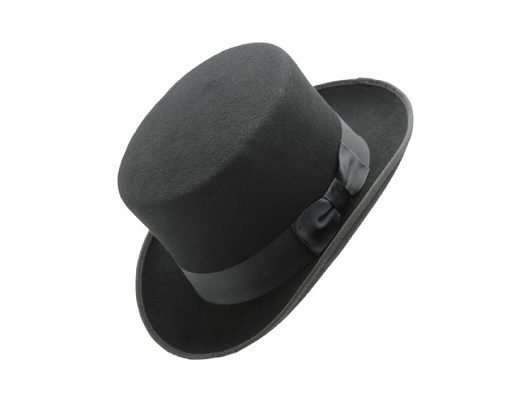 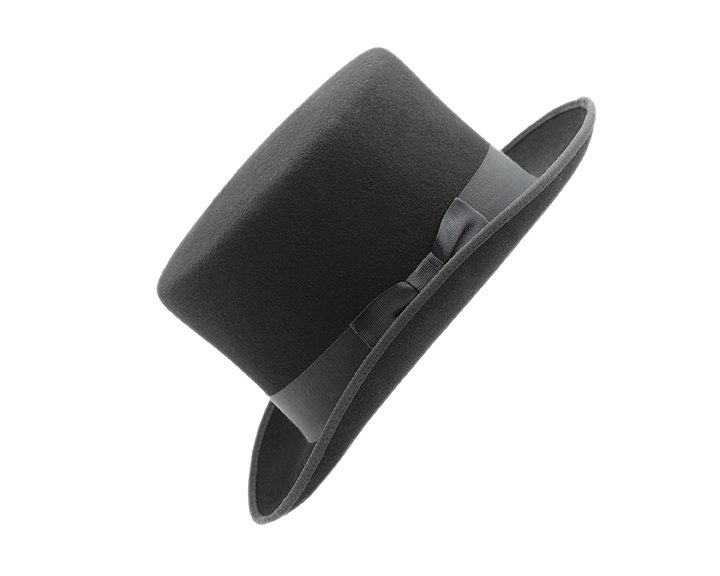 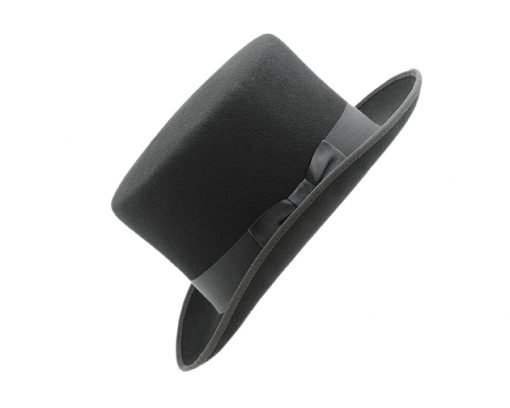 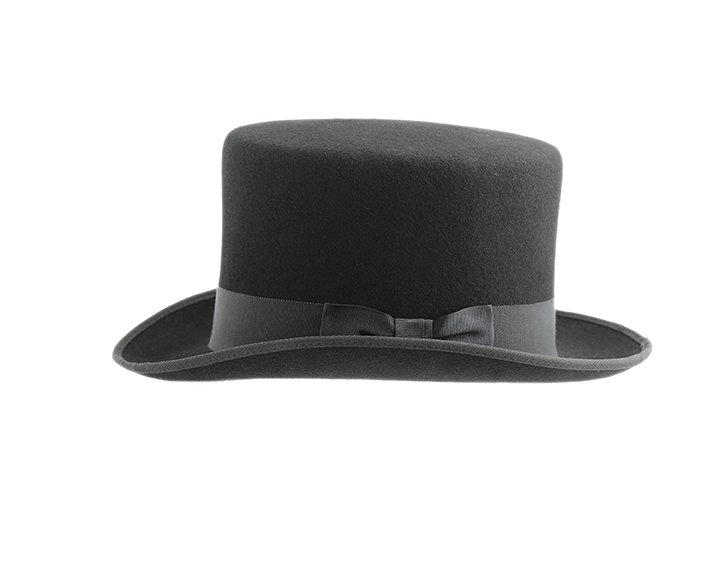 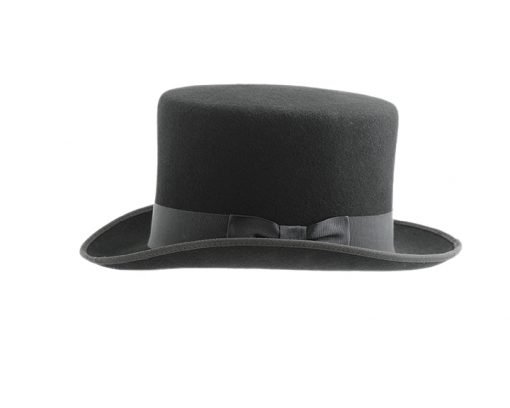 Made from either Wool or Rabbit Fur this hat has a 5″ crown with a standard brim of 2 ¼”. The hatband is 1 ½” grosgrain with a bow and the edge is bound with matching grosgrain.

The black silk topper was the first of its kind. Developed in France from the high felt stovepipe hat, it became the hat worn by post revolution aristocracy and an emblem of conservative capitalism.  Mercury was used to enhance the hat’s blackness and was later discovered to cause mental disorder, hence the popular term “mad as a hatter.”

There are no reviews yet.

Be the first to review “Topper” Cancel reply