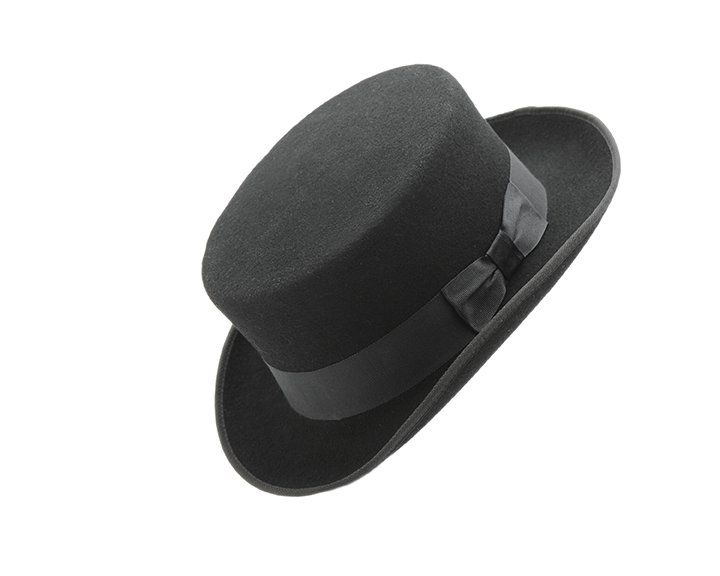 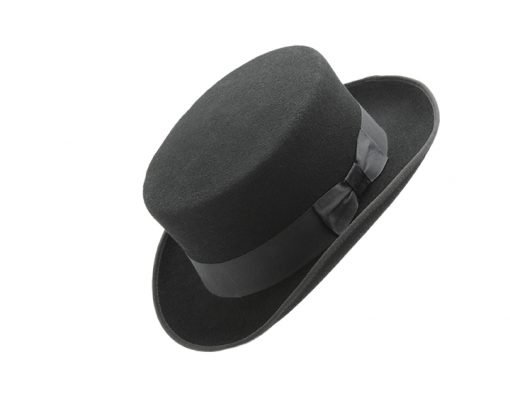 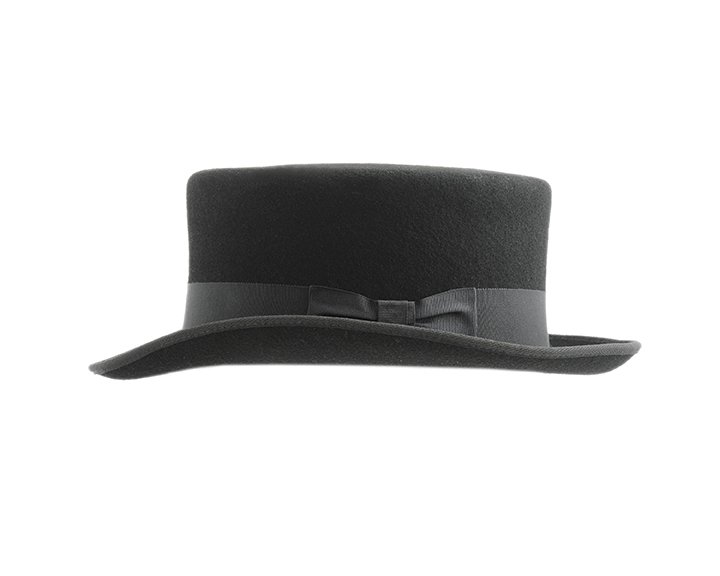 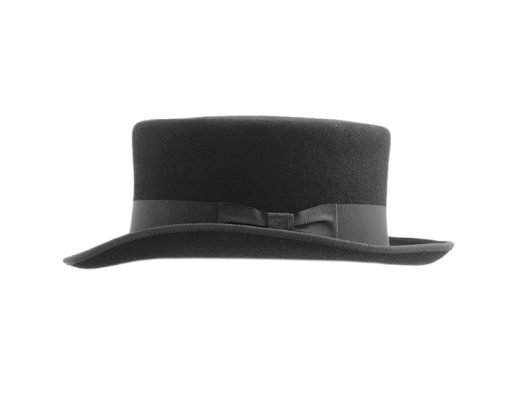 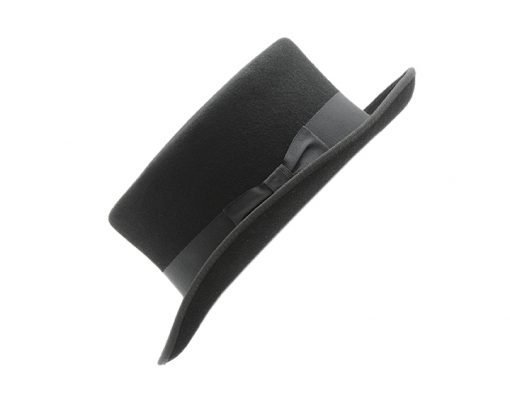 This hat is worn by riders in the equestrian sport of dressage. It has a 4” crown with a 2 ¼ “ brim with bound edge and 1 ½” grosgrain hatband.

Much of the show clothing seen today originates from the clothing worn by military officers who first invented or popularised equestrian sports. It was the military that developed riding as the art form we now know as “dressage” as soldiers needed to be skilled riders to participate in combat.

Horsemanship later became a fashionable skill and when you combined military clothing with more fashionable attire you’re likely to get something like the top hat and tails worn by modern day dressage riders.